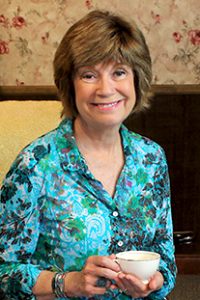 Ann is the author of three historical novels.  Her third novel, The Glovemaker, published in February 2019, is set in Utah’s deep canyon country during the winter of 1888. It is a finalist for the Western Writers of America’s Spur Award for Western Historical Fiction, the David J. Langum Prize in American Historical Fiction, and the Association for Mormon Letters Novel Prize.

Her first novel, The Personal History of Rachel DuPree, is set in the South Dakota Badlands in 1917. It was nominated for England’s 2009 Orange Prize and for the 2009 Orange Award for New Writers.  In the United States, The Personal History of Rachel DuPree won the Stephen Turner Award for New Fiction and the Langum Prize for American Historical Fiction.  It was shortlisted for the Ohioana Book Award for Fiction and was a Barnes and Noble Discover New Writer.

Ann was born and raised in Kettering, Ohio, a suburb of Dayton.  She graduated from Wright State University in Dayton with a Bachelor of Arts in Social Work and earned a Master of Arts in Sociology from the University of Houston.  She has been a social worker in psychiatric and nursing home facilities and taught sociology at Wharton County Junior College in Texas.  She was inducted into the Texas Institute of Letters.

In addition to Ohio and Texas, Ann has lived in Cambridge, Massachusetts, and Des Moines, Iowa.  She currently lives in Galveston, Texas.  She and her husband, Rob, are fans of America’s national parks and visit at least one park a year.  Ann is also a baseball fan and keeps score when she attends games.

The Writers’ League of Texas