Inspiration for The Glovemaker

What is it with national parks and me?  Years ago, a vacation at Badlands National Park in South Dakota inspired me to write The Personal History of Rachel DuPree.  Now it’s happened again.  This time the national park is Capitol Reef and the book it inspired is The Glovemaker.

Capitol Reef is deep in Utah’s canyon country and the closest town is Torrey, population around 200. The park is off the beaten path and doesn’t attract crowds.  Admission is on the honor system at the Visitor Center since there isn’t a fee station at the entrance.

During our first vacation at Capitol Reef, my husband and I hiked an eight-mile trail in a dry wash between steep cliffs and didn’t see another person. 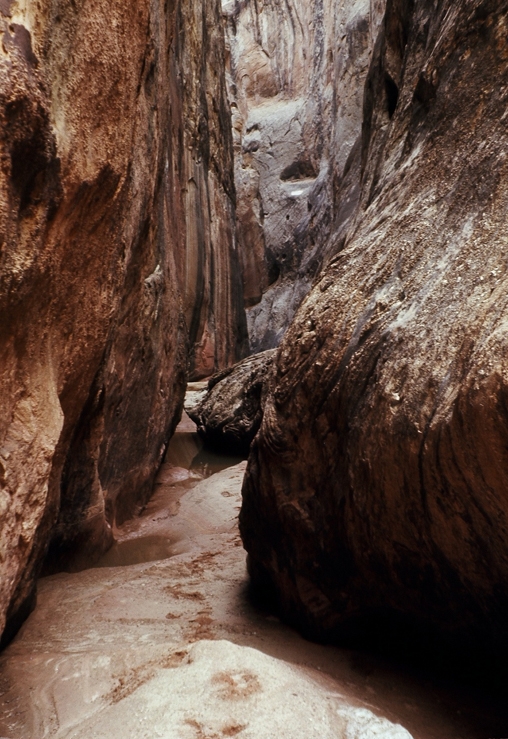 One afternoon we picked apples in an orchard that had been planted by settlers in the 1880s.  (This is allowed.  The park service keeps ladders propped up against the trees to encourage visitors to enjoy the fruit.)  Rob and I had a picnic in the orchard and as I munched on an apple, I thought about the people who planted the trees. 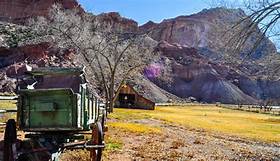 I bought a few books at the Visitor Center and learned that the first white homesteaders were believed to be Nels Johnson and his brother John. A few other families trickled in and settled on the floor of the canyon where Sulphur Creek and Fremont River converged.  Eventually, they named the town Junction.  (The name was changed later to Fruita.)  By the late 1880s, there were eight families.

Historical evidence indicates they were members of the Church of Jesus Christ of Latter-day Saints (LDS).  Yet, Junction was different from many other remote towns in Utah settled by the LDS. Junction didn’t have a wardhouse, the families didn’t build their cabins close to one another but were scattered along the creek and river, and none of the men served as a bishop.

More than ever, I was haunted by the question:  Who were these families? 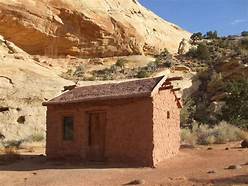 Digging deeper, I stumbled across the name of a woman who lived in Junction. She was married and owned about twenty acres.  I found her husband’s name in several documents but during the 1880s, he vanished.  I couldn’t find him in the Census after 1880, and I couldn’t find his death certificate or his gravesite.

What happened to him? Had he abandoned his wife?  Or did he get lost and perished alone?  Even today in the rough canyon country, any number of things can and do go wrong.

I couldn’t stop thinking about the woman whose husband disappeared from all records. How long did she wait for his return?  Did she ever have a sense of what happened to him?  Did she ever find peace?

There was only one thing for me to do so I wrote The Glovemaker.  This is a story about what might have happened. 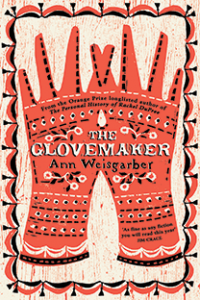 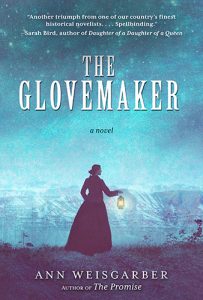 *All photos are in the public domain.